Soy’s isoflavones have oestrogenic properties — and have been blamed for raising the risk of breast cancer (as well as prostate cancer for men). But is this really the case?

Consumed in many traditional Asian populations for millennia, soya has only been a common part of the Western diet for around 60 years. Now, many of our supermarkets are full of soy milk alternatives, soy burgers and other soya-based meat replacements – not to mention traditional soy-based products like tofu, tempeh, soya milk, miso and soya sauce.

In the meantime, soya has been linked to a lower risk of heart disease compared to other diets. As a good source of protein, unsaturated fatty acids, B vitamins, fibre, iron, calcium and zinc, it is becoming increasingly popular in the West as a healthy substitute for meat. But despite more people associating soya with health over the last decade, one fear has come to the fore: the idea that soya can disrupt our hormones.

The controversy around soya comes down to its uniquely high content of isoflavones. These compounds have oestrogenic properties, which means they act like oestrogen, the primary female sex hormone, and bind to oestrogen receptors in the body – and oestrogen can fuel the growth of some types of breast cancer.

But while scientists have extensively researched the compound’s effects in the body over the last few decades, the answer about whether isoflavones themselves can contribute to cancer risk isn’t straightforward.

And often, it seems soya protects against cancer risk – rather than making it worse. But exactly why that is isn’t certain.

To start, there are the observational findings. High soya intake among women in Asian countries has been linked to their 30% lower risk of developing breast cancer compared to US women, who eat much less soya. (The average person’s intake of isoflavones in Japan, for example, is between 30 and 50mg, compared to less than 3mg in Europe and the US.)

High soya intake among women in Asian countries has been linked to their 30% lower risk of developing breast cancer (Credit: Getty Images)

Soya also has been correlated with reducing breast cancer’s severity. Fang Fang Zhang, associate professor at Tufts University in Massachusetts, carried out population research among 6,000 women with breast cancer living in the US and found a 21% reduction in mortality among those who consumed more soya.

Its benefits were strongest in women with hormone-receptor-negative breast cancer, a more aggressive type of breast cancer where tumours lack oestrogen and progesterone receptors, and therefore doesn’t respond well to hormone therapies.

“Our findings suggest that, for women with hormone-receptor-negative breast cancer, soya food consumption may potentially have a beneficial effect to improve survival,” Zhang says.

Even so, it’s difficult to conclusively isolate soya’s benefits – if there are any.

Soya is often consumed as part of a healthy diet and as a substitute for red meat, which is associated with a higher risk of heart disease and cancer.

Soya products often replace foods like red meat, which could be why soya intake is associated with healthier outcomes (Credit: Getty Images)

“No one has given people soya foods, then looked at whether they’re more or less likely to get breast cancer over time than those not given soya,” says Leena Hilakivi-Clarke, professor of oncology at Georgetown University School of Medicine in Washington DC.

One review of evidence into soya’s effect on breast cancer risk found that studies that adjusted for body mass index (BMI), a common marker of health, showed a weaker association for soya than those that didn’t.

This means a reduced risk of breast cancer could have been due to lower BMI, not to soya consumption.

If soya does lower breast cancer risk, it may be because its isoflavones can enhance apoptosis: a genetically programmed mechanism that tells cells to self-destruct when they get DNA damage they’re not able to repair. Without this process, damaged cells can form into cancer.

If products like soya milk lower breast cancer risk, it may be by bolstering the mechanism that tells cells to self-destruct when they get DNA damage (Credit: Getty Images)

So where did the concern that soya causes cancer come from?

It’s true that soya has been found to fuel the growth cancer cells in lab research. In one experiment from 2001, mice with inhibited immune systems and with cancerous tumours were fed isoflavones. Their tumours were measured for 11 weeks. The researchers found that the isoflavones resulted in increased cell growth. The mice were then switched to an isoflavone-free diet – and their tumours regressed over the following nine weeks. Meanwhile, in a study from 1999, researchers implanted human breast cancer cells into mice, and some were fed isoflavones. They also found that dietary isoflavones enhance the growth of cancerous tumours.

But a more recent, 2010 review of more than 100 studies concluded that, overall, lab experiments have shown no significant increased risk of breast cancer.

Isoflavone prefers to bind to beta receptors, says Bruce Trock, professor of epidemiology and oncology at Johns Hopkins School of Medicine in Maryland in the US. That makes it more likely to reduce potential cancer risk.

The impact of soya on breast cancer risk may depend on when we start eating it.

Most studies on Asian populations included women who have eaten it since early childhood and were probably also exposed to it in the uterus, says Trock, compared to Western studies involving women who mostly didn’t eat soya until later in life.

“Giving soya to animals at the equivalent of middle age doesn’t seem to reduce risk or growth rate of tumours,” he says.

“But if researchers feed mice [soy] prior to puberty, then expose them to carcinogens, they get fewer and smaller tumours than if you don’t give them soya.”

Meanwhile, clinical and population data shows daily soya intake can halve the frequency and severity of hot flasheseven when the placebo affect is taken into consideration, says Mindy Kurzer, professor of nutrition at the University of Minnesota. (Taking oestrogen medication, on the other hand, brings hot flushes down by 75%.)

Some research has found that these benefits are largely determined by a woman’s ability to produce equol, a bacteria that around 30 to 50 percent of adults produce in their intestines after eating soy. One study found that giving equol supplements to menopausal women who don’t produce it themselves significantly lowered the incidence and severity of hot flushes.

It could be that a person’s ability to produce equol, rather than the equol itself, is responsible for the benefits of soya. One paper argues that Chinese populations, for example, may be better able to digest and extract nutrients from soya because their ancestors have been eating it for thousands of years.

This could explain why research has found that, while people who move from Asian countries to the US have an increased risk of breast cancer by the second generation, their risk remains lower than Westerners even when they adopt a Western diet.

Early soya intake has also been found to reduce the risk of cardiovascular disease. In fact, population studies suggest isoflavone intake could be responsible for the different rates of cardiovascular disease between Asian and Western countries. This is because soya has been found to reduce levels of harmful low-density lipoprotein (LDL) cholesterol in the blood, which is a risk for heart disease.

But may have nothing to do with soya, per se – it could simply be because diets higher in soya are lower in unhealthier foods.

“Soya foods are normally eaten in place of other higher saturated fat foods, such as fatty meat and full-fat dairy products,” says JoAnn Pinkerton, professor of obstetrics and gynaecology at the University of Virginia Health System. “Whereas most soya foods are naturally low in saturated fat.”

There are also concerns soya could be linked to prostate cancer. However, a review of evidence last year found that regular soya food intake was associated with an almost 30% reduction in risk of developing prostate cancer. Soya doesn’t affect testosterone levels in men, so how this happens isn’t yet known – except that a diet containing more soya is often healthier overall.

“Throughout the years and despite the constant emergence of new research that could contain potentially conflicting results, we maintain the current conclusion that soya is beneficial in preventing prostate cancer,” says the study’s author Catherine Applegate, a predoctoral fellow from  the University of Illinois’s Tissue Microenvironment Training Program.

Soya’s benefits also depend on the type we consume. Isoflavone content varies in unprocessed soybeans, such as edamame beans, compared to processed soya foods – and the closer the food is to the soyabean, the higher its isoflavone levels. Edamame has around 18mg of isoflavones per 100g, while soya milk has between 0.7 and 11mg.

“The only thing we can say is that women should be safe to consume soya foods in amounts consistent with Asian diet, including tofu, fermented soya foods and soymilk, but studies shown that the more soya is processed, the lower the level of isoflavones, which we think are protective elements,” says Trock.

Soya has been extensively researched over the last few decades. No single study has been perfect, and as with other nutritional research, findings often show correlation – they don’t prove causation.

Even so, the consensus clearly indicates health benefits from eating soya – even if that’s simply because it replaces unhealthier foods.

The odds of catching Covid-19 on an airplane are slimmer than you think, scientists say

The country’s largest shopping center is coming to Miami-Dade 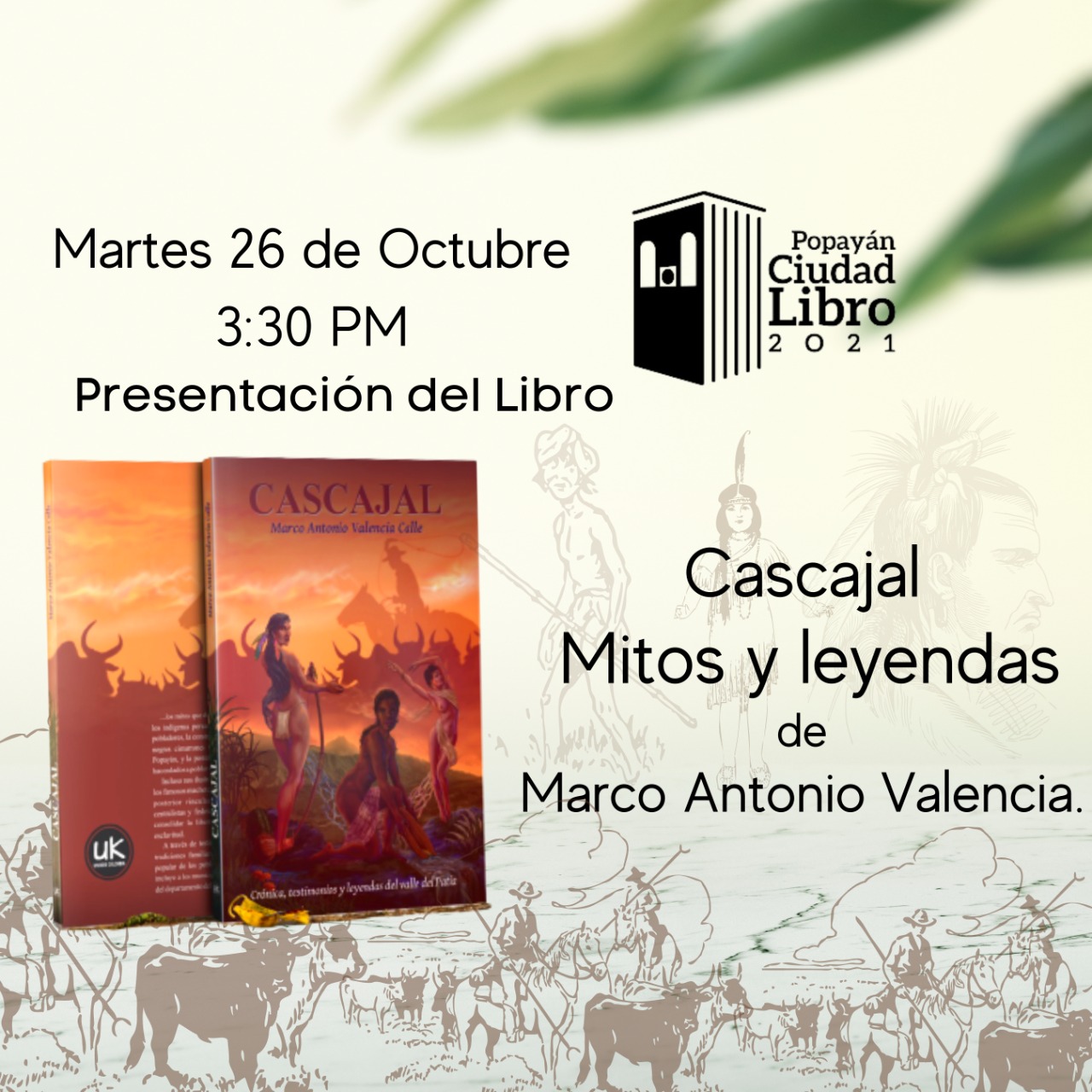 COVID vaccine makers brace for a variant worse than Delta