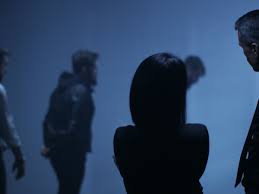 On the strength of six eyewitnesses’ lineup identifications, Lydell Grant was sentenced to life in prison in 2012 for the murder of a young Texas man, Aaron Scheerhoorn, who was stabbed to death outside a Houston nightclub in 2010.

All six of those eyewitnesses were wrong.
NBC Nightly News with Lester Holt@NBCNightlyNews·Feb 17, 2020Nearly a decade into his life sentence for murder, Lydell Grant was escorted out of a Texas prison in November with his hands held high, free on bail, all thanks to DNA re-examined by a software program.

Thanks to the work of the Innocence Project of Texas, new DNA testing on biological material collected from underneath the victim’s fingernails cleared Grant and implicated another man, Jermarico Carter, who police said confessed to the killing. Carter has now been indicted for the murder by a grand jury, and Lydell Grant was released from prison.

But faith in eyewitnesses runs so deep that despite the overwhelming proof of Grant’s innocence, the Texas Court of Criminal Appeals initially refused his exoneration request. Instead, they asked that the six eyewitnesses who originally testified against Grant respond to his claims of innocence. Finally, almost a year later, the Texas Court of Criminal Appeals declared Grant “actually innocent” on May 19, 2021.

It’s a fact that eyewitnesses make mistakes. There have been hundreds of cases in which mistaken eyewitness identification testimony led to the conviction of innocent people.

The puzzling question in this case, though, is why did six eyewitnesses independently identify Lydell Grant as the killer and then confidently testify in court?

One might assume that Grant was the murderer’s unlucky doppelganger. But a comparison of the pair’s mugshots reveals that they bear little physical resemblance to one another beyond both being Black men.

As an experimental psychologist who conducts research on eyewitness identification, I’ve seen hundreds of examples of highly confident yet mistaken eyewitnesses – both in the laboratory and in actual court cases. My review of the transcripts from Grant’s trial suggests a simple explanation for these high-confidence mistakes: The police did not use scientific best practices for collecting the eyewitness identification evidence.

Conducting a lineup with the suspect in mind

Scientific best practices for conducting eyewitness lineups require that the person administering the lineup not know who the police suspect. Just as double-blind clinical trials in medical studies are intended to prevent patients’ and doctors’ expectations from affecting outcomes of the clinical trial, double-blind lineups aim to prevent witnesses’ and administrators’ expectations from influencing the outcomes of the identification procedure.

The transcript from Lydell Grant’s trial revealed that the homicide detective in charge of investigating the case administered the lineup to the eyewitnesses. Of course, he knew that Lydell Grant was the one under suspicion.

Such behaviors are often inadvertent; neither lineup administrators nor eyewitnesses may be consciously aware that they’re happening. Nevertheless, these subtle behavioral cues affect eyewitnesses’ decisions by making them more likely to choose the suspect.

But if the six eyewitnesses chose Lydell Grant from the lineup only because they were cued to do so by the case detective, why were they so confident in their identifications? According to the trial transcript, most of the eyewitnesses testified to having been positive when they picked Grant out of the lineup. One reported that he had identified Grant without doubt or hesitation. Another stated that the killer’s face was “burned into [her] memory immediately.”

The witnesses’ trial testimony reveals a simple explanation for these high-confidence errors: All of the eyewitnesses received confirmatory feedback following their identification of Grant.

Three of the eyewitnesses reported that the detective told them that they had picked the same person other people had, though the detective himself denied having made such statements. Two other eyewitnesses, a couple, remembered discussing their selection with one another and confirming each other’s decisions. One eyewitness couldn’t recall whether the detective had told him anything after he identified Grant, but the detective acknowledged telling that particular eyewitness “good job” following the identification. The detective also admitted making a similar comment to at least one other witness.

Research has repeatedly demonstrated that simple confirming comments such as these have dramatic effects on eyewitnesses’ testimony. Not only do such statements inflate eyewitnesses’ confidence in the accuracy of their identification, but they lead them to falsely remember having been that confident all along.

As a result, witnesses who have received confirmatory feedback provide testimony that is highly persuasive to jurors.

In one study, people playing the role of jurors were able to reliably distinguish between accurate and mistaken eyewitnesses when the witnesses had not received any confirmatory feedback.

But when the witnesses had received a simple reinforcing comment following their identification (“Good job, you got the guy”), the mock jurors could no longer tell the difference between accurate and mistaken eyewitnesses. In other words, the confirmatory remark made the mistaken eyewitnesses just as persuasive as the accurate ones.

Witnesses aren’t able to tell whether their testimony was influenced in this way. Moreover, confirmatory feedback can alter witnesses’ memories of the original crime, making them less able to recognize the actual perpetrator when they see him again.

How to run less biased lineups

The processes at play in Lydell Grant’s case are predictable and unfortunately common. The way to avoid these problems with eyewitness testimony is for police to adopt best practices based on the psychological research.

To date, 25 states have adopted these core procedural reforms, including Texas in 2011, one year after the investigation of Aaron Scheerhoorn’s murder. Unfortunately for Lydell Grant, these reforms came a year too late. I believe the remaining 25 states should act swiftly to prevent additional miscarriages of justice.

ILLUSTRATION: EvgeniyShkolenko/iStock via Getty Images Plus

Bitcoin Must Be Accepted By World Bank, According To Charter

Kim Jong-un prepares for ‘dialogue and confrontation’ with the US